Sodium is a chemical compound with symbol Na and is soft, silvery alkali metals which belong to group 1. Sodium metal is produced from electrolysis process of fused caustic soda with little carbon and iron. Sodium metal is used as a coolant in a nuclear reactor and also has a wide range of applications across metal, chemical, paper, petroleum, soap, glass, and textile industries. Moreover, sodium metal is also used as a heat transfer fluid in high-temperature pipes. Furthermore, baking soda, ordinary table salt, soaps, and detergents, baking powder and aspirin are some of the sodium products. Moreover, sodium metal is also used to make artificial rubber.

On basis of the region, Asia Pacific dominated the global sodium metal market in 2018, accounting for 53% share in terms of volume, followed by North America and Europe, respectively.

Growing demand for rubber products and sodium metal is used in the production of rubber is expected to accelerate the market growth over the forecast period. Moreover, the growing consumption of sodium metal for producing various sodium compounds across the various end-user industry is further expected to foster market growth.

Key players are investing in order to strengthen their share in the market and to cater to the rising demand for sodium metal, especially from countries such as China and the U.S. is expected to accelerate the market growth. For instance, in 2016, Inner Mongolia LanTai Industrial Co., Ltd., largest sodium manufacturer with a plant in China, announced its plans for investment in capacity ramp-up for sodium production by nearly 20,000 metric tons in order to meet the demand for sodium from domestic so also from overseas market. 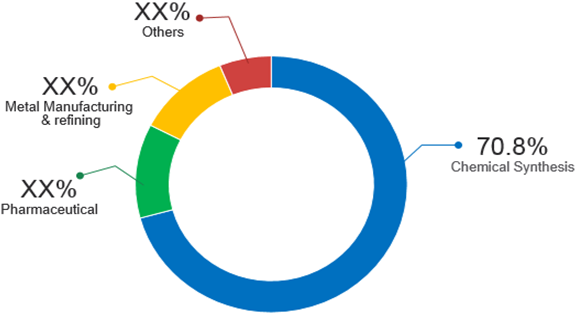 On the basis of application in 2018, chemical synthesis has accounted the largest market share of 70.8% in terms of value, followed by metal manufacturing & refining and pharmaceutical respectively. 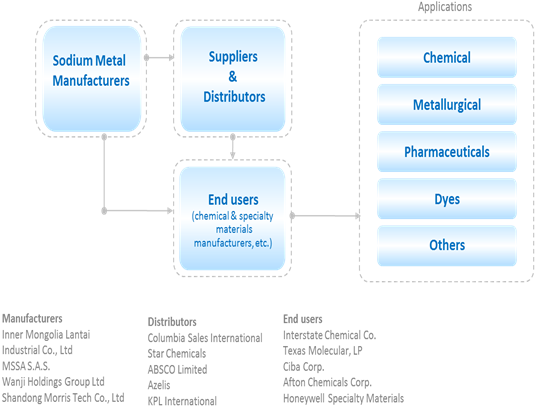